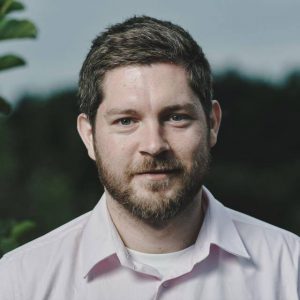 Sam Potolicchio Dr. Sam Potolicchio was named one of “America’s Best Professors” by the Princeton Review, the Future Leader of American Higher Education by the Association of Colleges and Universities, and winner of the OZY Educator Award as one of the six outstanding American educators. He was also profiled in a cover story on his leadership curriculum by Newsweek Japan as the “Best Professor in America”. Potolicchio has served as the Director of Global and Custom Education at the McCourt School of Public Policy at Georgetown University and the Distinguished University Professor, Department Chairman and Vice-Dean of the Faculty of Political Science at RANEPA, Europe’s largest university. He lectures at Mannheim University (Germany) and the University of Bologna. Potolicchio earned degrees in Psychology, Government and Theological Studies from Georgetown University and Harvard University. 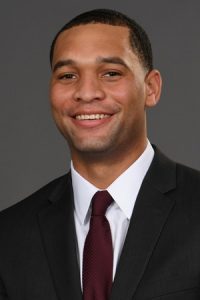 Christian Webster has been named one of the 40 best college coaches under 40 by ESPN and one of the 30 best coaches under 30 by the National Association of Basketball Coaches. He holds a Bachelor Degree from Harvard University where he is the all-time winningest player in program history. 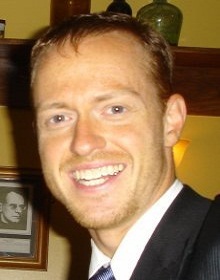 Dr. Thornhill-Miller serves as the Director of the Creativity and Innovation Profiling Project at the University of Paris and is a an Associate Member of the Faculty at the University of Oxford where he was a director of studies in Psychology. He holds a B.A. in Ethics, Politics and Economics from Yale, a M.Div from Harvard in World Religions and a Doctorate from Oxford in Experimental Psychology. 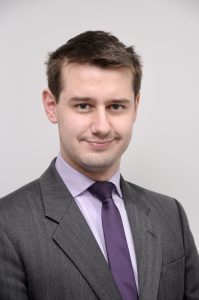 Henry Watson is a Vice President at Credit Suisse, based in their London office, and is a member of their Private Fund Group, where he focuses on the origination of new business and on private capital research. He holds an MA from the University of Oxford, where he graduated with first-class honours, won a Demy Scholarship, and was awarded the Gibbs Prize for Politics in recognition of ranking number one in his class. Henry represented Oxford’s Magdalen College on the television quiz show University Challenge as their team captain. 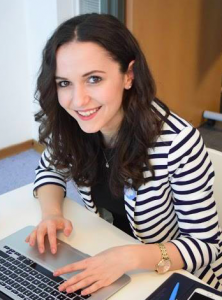 Eliza is former United Nations Youth Delegate and the Country Representative of American Councils for International Education in Romania. She has a bachelor degree in Law and a master degree in Law and International Relations, both from the Romanian-American University, as valedictorian. During her student years, Eliza was also president of the Romanian-American University Students Councils, RAU Senate and Board Member and Vice-president of the National Students Union. Eliza has experience in European funded programs as she has previously worked on social economy area and on programs involving student transition from school to labor market. Furthermore, she is member and former vice-curator of Global Shapers Bucharest Hub, an initiative under the World Economic Forum and an experienced youth trainer. 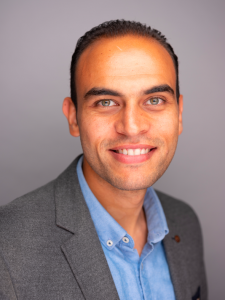 Mahmoud Abouelnaga is a Solutions Fellow at the Center for Climate and Energy Solutions (C2ES). He researches and analyzes national and regional energy and environmental policy. His work on business development in energy policy and technology deployment engages business representatives on clean energy and industrial strategy. He writes and communicates information on the overarching topic of climate and clean energy leadership and related policy issues. A rising Egyptian leader, Mahmoud is focused on sustainable energy development in the MENA region in an effort to decrease energy-related geopolitical conflicts. He also co-founded CAREforSeven, an initiative that promotes SDG7; affordable and clean energy by training students to develop solar chargers from E-waste. Mr. Abouelnaga was part of the inaugural class of Obama Foundation Scholars at Harris School of Public Policy, University of Chicago where he earned MA in international development and policy and a certificate in energy and environmental policy. He also holds a MS in sustainable energy engineering from KTH Royal Institute of Technology in Stockholm, master’s in environmental management from Universidad Politecnica de Madrid, and a BS with honors degree in petroleum engineering from Suez University. 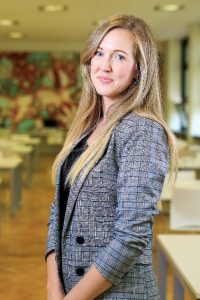 Antea is a Teaching and research assistant at the Faculty of Economics and Business, University of Zagreb, where she teaches International Economics and Principles of Economics. She received her Ph.D. in the field of international economics from the same University in 2020. She is a member of the research team in the Erasmus+ project focused on social entrepreneurship launched in 2020 and organizing committee member at the scientific conference led by Institute for Migration and Ethnic Studies in Croatia. She has published 10 scientific papers, mostly concentrated on global value chains and international migration, in international journals and conference proceedings. She also served as a reviewer for several journals and conference proceedings. She is a member of Global Shapers Community. Before joining the Faculty in 2017, she worked there as a visiting lecturer, teaching International Economics, International Business and Leadership. Simultaneously, she worked full-time at Unicredit group as Corporate Banking Relationship Manager. There, she was selected as the youngest leadership talent and participated in the succession planning leadership program. She obtained her major in finance and was awarded with University of Zagreb Rector’s special award. During her student days, she led “Case Study Competition”, the biggest student competition in Croatia, and participated in several international schools and programs. 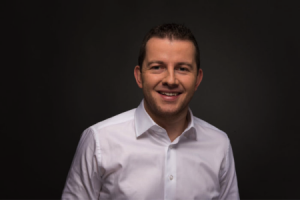 Boyko Blagoev is currently the Head of Communications at the European Commission Representation in Bulgaria. He started his work in the EU institutions as a Public Relations Officer at the European Parliament, having previously been a trainee in Brussels. Before that Boyko used to work for the Bulgarian News Agency.Blagoev is involved in a number of non-profit projects, working on issues such as education, brain drain, entrepreneurship and civic engagement. He is a cofounding member of one of the most active Bulgarian NGOs – 365 Association. He also helped create the scholarship fund for young Bulgarians “Go, study and come back”.Mr Blagoev has a LLM degree in International and European Public Law from Tilburg University, Netherlands and also did a Master in Entrepreneurship and Finance in Bulgaria. He has also done several short-term courses in Greece, Czech Republic and Bulgaria. He is associate member of the Association of European Journalists in Bulgaria and volunteer external evaluation expert at Reach for Change Bulgaria. Part of the United States Embassy Youth Council (2014-2017). 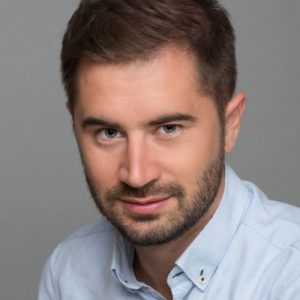 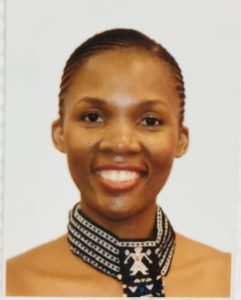 Baja Gigaba is from Durban, South Africa and is currently an MBA student at the University of Pretoria’s Gordon Institute of Business Science. Before business school, she obtained an applied science degree in Clothing Management, from the Durban University of Technology. She also holds vocational certifications in Project Management from the University of Witwatersrand in Johannesburg and Textiles Professionals Programme from the Technical University of Liberec, in the Czech Republic. On the professional front, she has worked in the footwear industry over the past 11 years with a well established career in the corporate retail industry where she advanced as a senior footwear buyer across national chainstores in South Africa and Dubai. Over the past four years, she has ventured into a footwear manufacturing career, where she leads in design innovation and product development for a group of local shoe factories. In addition to that, she has worked as a part-time lecturer at the Durban University of Technology teaching retail management and business studies to first- and second-year students. In her spare time Baja enjoys good wine, traveling, paddle boarding, piano, reading, and relaxing by the beach. 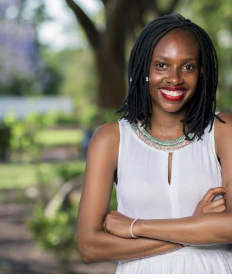 Silindile is a PhD candidate for a Doctor of Philosophy in Migration and Displacement at the African Centre for Migration & Society (ACMS), University of Witwatersrand. She has earned a Bachelor of Social Work, and an MA in Human Rights from the University of Fort Hare in South Africa, respectively. She followed this by completing a two-year mobility Erasmus Mundus MA in Advanced Development in Social Work, from the University of Lincoln, Aalborg University, Instituto Superior de Ciencias Sociais e Politicas, Universidade De Lisboa and Université Paris Ouest Nanterre La Defense. Her MA thesis was a qualitative study focusing on the welfare support for migrant youth in Paris suburbs, particularly how their needs and views are ignored in ‘culture-blind’ policies in France. Silindile is passionate about research focused on migrants and refugees and working around issues of youth development. Her passion and commitment to gender, youth and equality is very strong and draws on her professional experience in Botswana, South Africa and India. She has been involved in several voluntary positions where she has offered her research skills on refugee issues and engaged in community development projects aimed at empowering youth and children from underprivileged backgrounds. Her current research interests include exploring the concepts of integration, identity, ethnicity and the meaning of citizenship in the context of migrants/refugees in the Global South and how these translate to their everyday lived experiences. 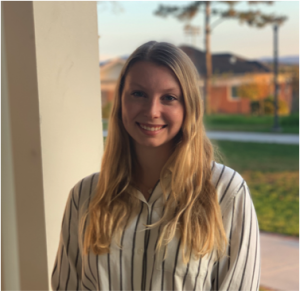 Anne Riter is a current junior at Washington and Lee University in Lexington, VA. She is majoring in Economics and German Language Studies and minoring in Middle Eastern and South Asian Studies with an Arabic Language Focus. In addition to her studies, Anne takes part in German Club, What-A-Racket, a volunteer organization that aims to teach elementary school kids how to play tennis, Club Tennis, and is an active member of her sorority Chi Omega. Anne has career interests in finance, government, and consulting, and hopes one day to live and work abroad. She is fluent in German and conversational in Arabic. Her next language to tackle is Danish, her grandmother’s native tongue!

Sabrina Sa’adeh is a multidisciplinary professional who holds a Master’s degree in Marketing (Digital Marketing) and a Bachelor’s in Graphic Design. She has worked as a lecturer at several universities in Jordan teaching design students. She also runs her own online business and spends her time working as a freelancer. Sabrina comes from a versatile background; she is Jordanian, Palestinian, and Canadian. She is proud to have acquired different cultures to learn from. Sabrina is involved with organizations concerning youth activism and women empowerment. She has been with PGLF Jordan since its initiation and has taken part in several programs. These programs have taught her the language of communication between multi-national cultures, giving her a better understanding of the world from different perspectives. 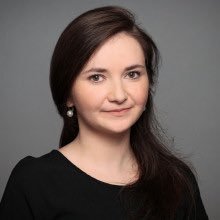 Anita studied International Relations with EU specialization at Corvinus University of Budapest. Then she continued her studies at the University of Bologna, attending MIREES. During her MA she spent one semester in Kaunas, Lithuania. During her studies, she was one of the 5 students awarded the Inter-State scholarship by the Italian Ministry of Foreign Affairs. Anita has a background in working for the state and several years in the non-profit sector. Served as a board member of the Brussels-based Stand Up for Europe, is among the Initiators of We Europeans, the first ever pan-European citizen consultation that managed to engage 2 million citizens overall. She is also strongly connected to other initiatives such as  #EUsolidarity Now or Europe Cares. Furthermore, she serves as the co-lead of the Volt Academy at Volt Europa, taking responsibility for its leadership training and candidate preparation programs. She has been a member of the WEF Global Shapers Community since 2018 and currently fulfilling the role of the curator in the Budapest hub.

Catherine Yoo is a fourth-year student at Georgetown University majoring in Sociology and minoring in Government. She is from Seoul, South Korea, and has lived in multiple places including California, Massachusetts, and Washington DC. Catherine is a Senior Advisor at Georgetown Vibe_, the only East Asian dance club on campus, and also taught English to elementary school students from immigrant families in DC. She has attended an international school and boarding school, experiences which she draws from to contribute to refining the PGLF programs to create the best environment to facilitate learning for students. She is also interested in the legal field and plans to attend law school in the future.